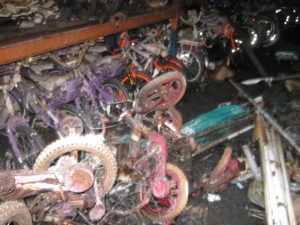 The fire started in the stores at the rear of the premises and quickly engulfed the entire mezzanine level store room including several hunded thousand Euros of stock.

The rear elevation and roof of the premises was damaged in the fire.  The entire stock and contents of the retail warehouse suffered smoke and water damage.

As a result of the work that needed to be undertaken to re-instate the property, Smyths feared they would lose the lucrative Christmas market which generates a signific 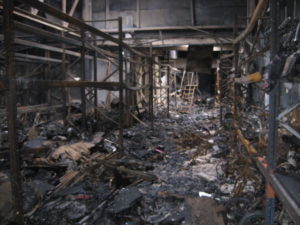 ant proportion of their annual turnover and profit.

Smyths was founded in Galway in 1986 by Tony Smyth and has grown to 88 stores throughout Ireland and the UK.  They have developed great experience in opening new stores and have a team of suppliers who can turn around a store from a shell warehouse in about 8-12 weeks.

Thankfully the unit next door in the Globe Retail Park, Naas was vacant and Smyths Toys managed to secure a temporary lease to enable them to get back trading in Naas in time for the Christmas trade.

By engaging the expertise of Balcombes Claims Management to handle their material damage and business interruption claim, they were able to concentrate on the day to day business decisions and logistics of recovering their trading presence in Naas. 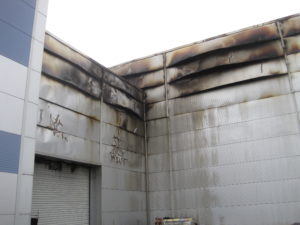 Diarmuid McNulty, Director, Balcombes Claims Management, is Ireland’s most experienced loss assessor of commercial fires and business interruption claims.  His expert knowledge of the policy cover wordings and the process of how to compile the loss details, present the documentation, and negotiate the best settlement are unrivaled.

Thankfully Smyths Toys are fully insured with no shortcuts taken in terms of their values at risk.  Such a serious fire could easily destroy a business forever, but with prudent management they will not only survive but thrive.

We are pleased to tell you that Balcombes Claims Management Ltd has entered into an agreement to sel...

We are approaching 2 years of dealing with the Covid19 pandemic.  The impact on business closures co...